From Monday 7th to Friday 11th August, 2006 I attended Apple’s WWDC, which is a conference for developers. We learned all about the new stuff coming out of Apple, such as the internals of the next version of Mac OS X - Leopard - which is all under NDA so I can’t talk about it. I can, however, talk about the general experience of an event like this. Just in case it doesn’t come out in what I write below, I was in geek nirvana for the whole week. It’s the coolest thing I’ve ever been to, ever. 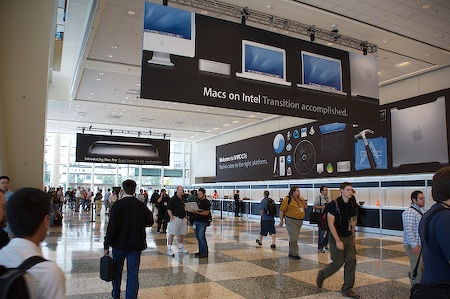 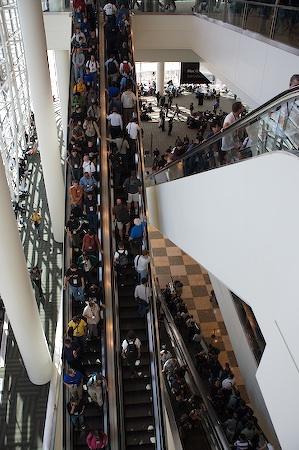 This is my first WWDC, so I wasn’t quite sure what to expect… but I was (pleasantly) surprised with what I got. The atmosphere is very open - you’re encouraged to talk and interact with other attendees, and the lobby areas are laid out to reflect this. 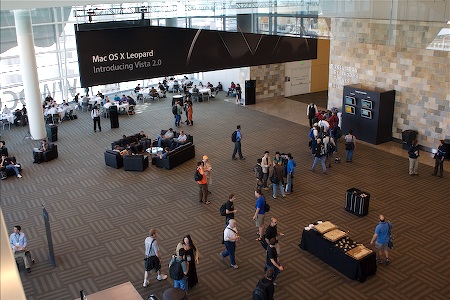 You’re also fed and watered all day - you get breakfast, a hot lunch and a hot dinner every day. During the day when it isn’t mealtime, there’s snacks and drinks for you to take at your leisure.

There’s three types of events to attend WWDC - sessions, labs and community events - and so many of each you’ve got no chance of attending them all. 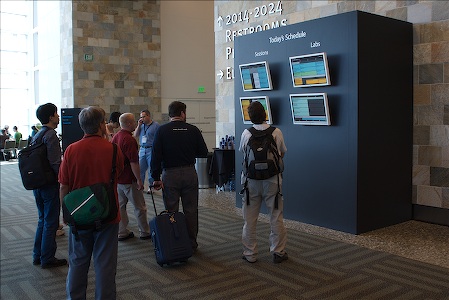 Sessions are normally presentations given about a particular subject. There are also a few “hands on” sessions, which let you follow along with what’s happening on your own computer, and “feedback forums” let you talk back to the developers of a particular part of the system and give them opinions, requests, etc.

Labs are open rooms full of computers where you can go and work on your code. In all but the general labs, the engineers of the particular part of the system you’re working with are present and will help you with your problems. It’s wonderful being on the same footing as the people who wrote the system, and having their help gives such an amazing leap forward.

Community events are a little bit different. The two on-site I attended were the Apple Design Awards and Stump the Experts, both held in Presidio. 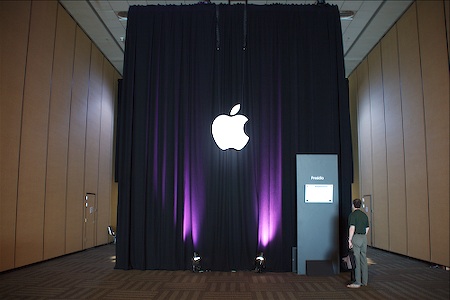 The Design Awards are awarded to the best Mac OS X programs in various categories. Unfortunately, I couldn’t enter my program this year since it didn’t meet the entry requirements (it isn’t Universal yet) but I hope to enter it (them?) next year. 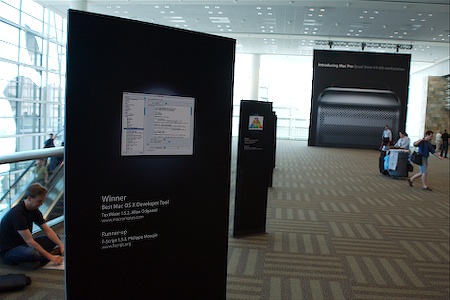 Stump the Experts is a little more… informal. 15 or so Apple engineers - old and new - gather on stage and fight with the audience with the most nerdy Mac trivia imaginable. We ask them questions, they ask them back and we battle it out. I didn’t take part since I’m a rookie, but I did learn how the phone numbers of certain Apple engineers ended up on the Mac OS Classic install discs, which non-CPU Apple product can speak the names of it’s developers with the press of a single button, and so on. It was a hilarious hour and a half, and the ‘experts’ only won because they’re dirty cheaters! 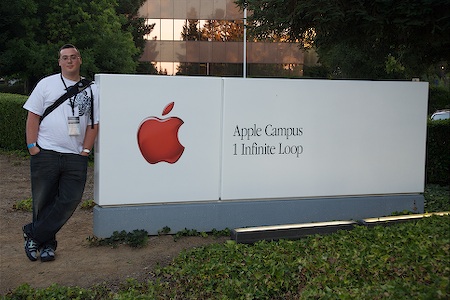 The third community event I attended was the Apple Campus bash, which was held at Apple’s headquarters in Cupertino. We were all herded onto buses for the 40 minute drive over there. The campus is pretty impressive! The photo below shows the inside of the main building’s lobby. 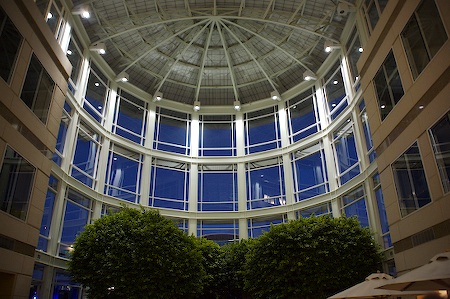 This year, the entertainment was essentially an open-air rave, which we didn’t stay at for long! 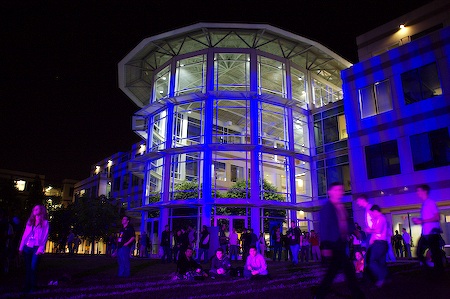 Whilst wandering through WWDC, I stumbled across some pretty good advice: 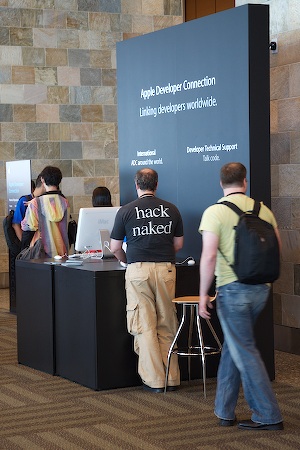