Since the rest of the my week is going to be completely boring to anyone but us Mac geeks, I thought I’d write about my first couple of days. There’s plenty of photos to look at if you get bored reading (click them for bigger versions).

My flight arrived at 1.15pm, which was about 9.15pm UK time. The flight itself wasn’t bad at all - I was upstairs in the plane so it was quiet, and my ‘space’ was about the size of a single bed - the seat reclines all the way back to make a bed, if you like. I stuck it out to about 6pm (2am UK time) last night before I gave up and went to bed.

8.30am this (Sunday) morning I was up, fed and about. Registration for WWDC opened today, so I decided to go track the building down and get checked in. It’s only a 5 minute walk from my hotel, and really not that hard to spot: 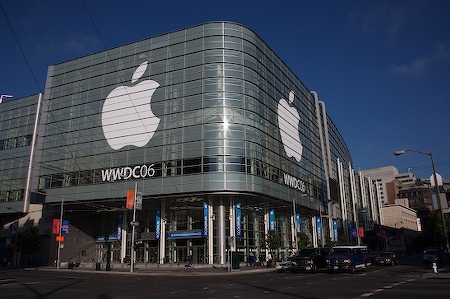 San Francisco is a bit weird - it’s very modern and clean, but at the same time living in a previous era. I was standing at a corner admiring the fancy Virgin store… 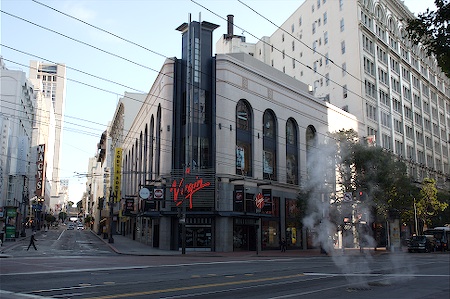 … when this trundled past. 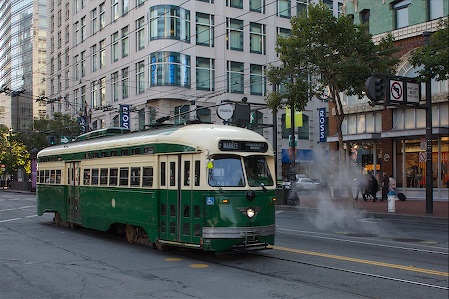 My hotel is right next to a cable car turning point. The San Francisco cable cars are pretty famous, and work by gripping a cable that moves under the street. The line ends at a turntable - the driver and conductor jump out and push the car around so it can go back the way it came. 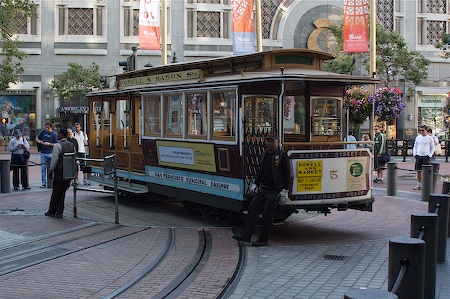 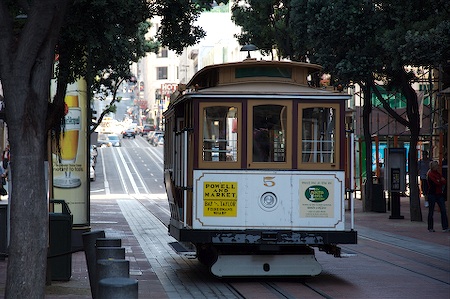 The tracks go along the same road that cars use, and it’s quite interesting watching them share the road. 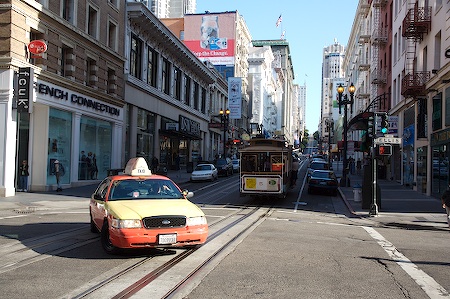 I took a ride on the cable car, and it’s great fun. On the way back, I was dangling off the back, and took a few photos - the first and second being my favourites. 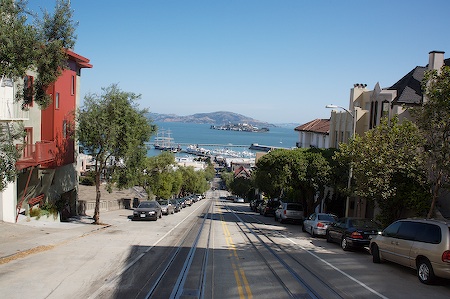 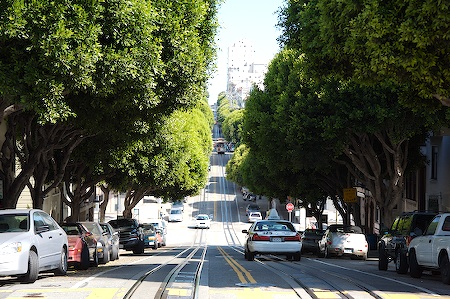 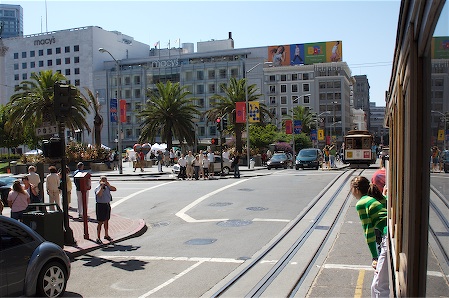 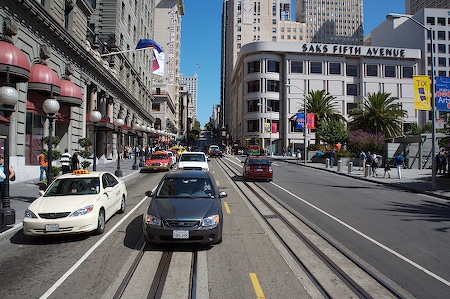 When I got back to the hotel, it occurred to me that the only pair of jeans I have with me is covered in tar from when I was kneeling on the hot road last week when taking my MX-5 to bits. And that I could feel the floor through my shoes. It later occurred to me that wearing the same pair of jeans for two weeks straight probably wouldn’t have been a good idea, but I’d already got new ones by then.

To the shops! I ended up getting two pairs of jeans, a pair of trainers and three t-shirts.

Everything is bigger here. The small bottles of drink are 600ml instead of the 500ml we have in the UK. Asking for a large Coke in Subway/etc gets you a large Coke. However, the drink dispensers are faster so you don’t feel like a fat pig waiting for your cup to fill. 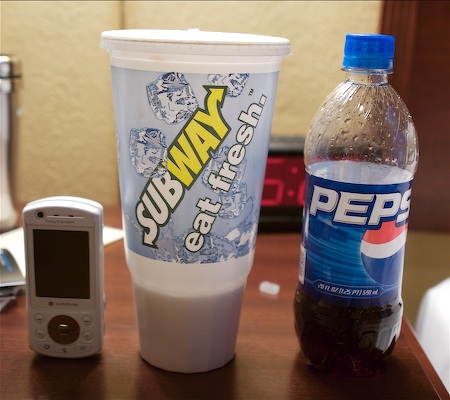 San Francisco has a few (small) beaches. People were swimming in the water, albeit in wetsuits. 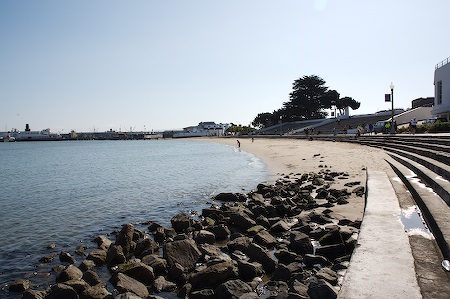 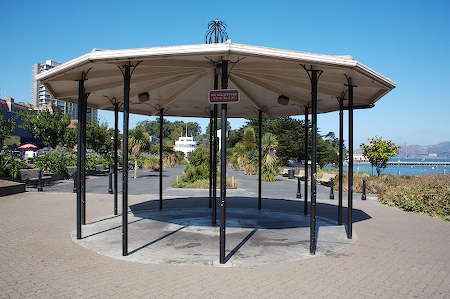 Well, that’s it for now. Tomorrow morning the big keynote kicks off the conference, and I’ll be knee deep in code and tech talk for the rest of week. Let the geekery commence!