I have a love-hate relationship with Facebook. I opened my first account after my girlfriend (since fiancée, now wife) wanted to tag me in stuff she did. I survived maybe a couple of years before getting bored and deleting my account.

I opened a new account in 2010 to organise a leaving party when we moved to Sweden. I’ve kept that account to this day.

Starting on a positive note, I enjoy that 99% of my friends are on Facebook since it makes organising events super easy. Their Messenger app isn’t that bad either.

However, my Facebook timeline is absolute trash. I wrote about it a little in my Mental Health post last year, and it’s summed up beautifully in the short (~2:30) film What’s on your mind?, but the lives I’m seeing in tiny, out of context snippets through my Facebook timeline are completely false. Hell, I’m guilty of it myself.

The thing is, I know the people in my Facebook timeline are nice people. Sure, I unsubscribed from some friends long ago since they were just spewing out nothing but “funny” pictures and KEEP CALM AND _____ ON slogans, but by-and-large my friends are lovely people. I wouldn’t be friends with them otherwise!

Recently it was getting to the point where I was starting to dislike people I know I really like, even childhood friends I’ve known for decades.

“Why don’t you just unfollow them?”, my wife asked.

So I did. I unfollowed every single person I’m friends with. My Facebook timeline is now completely empty. 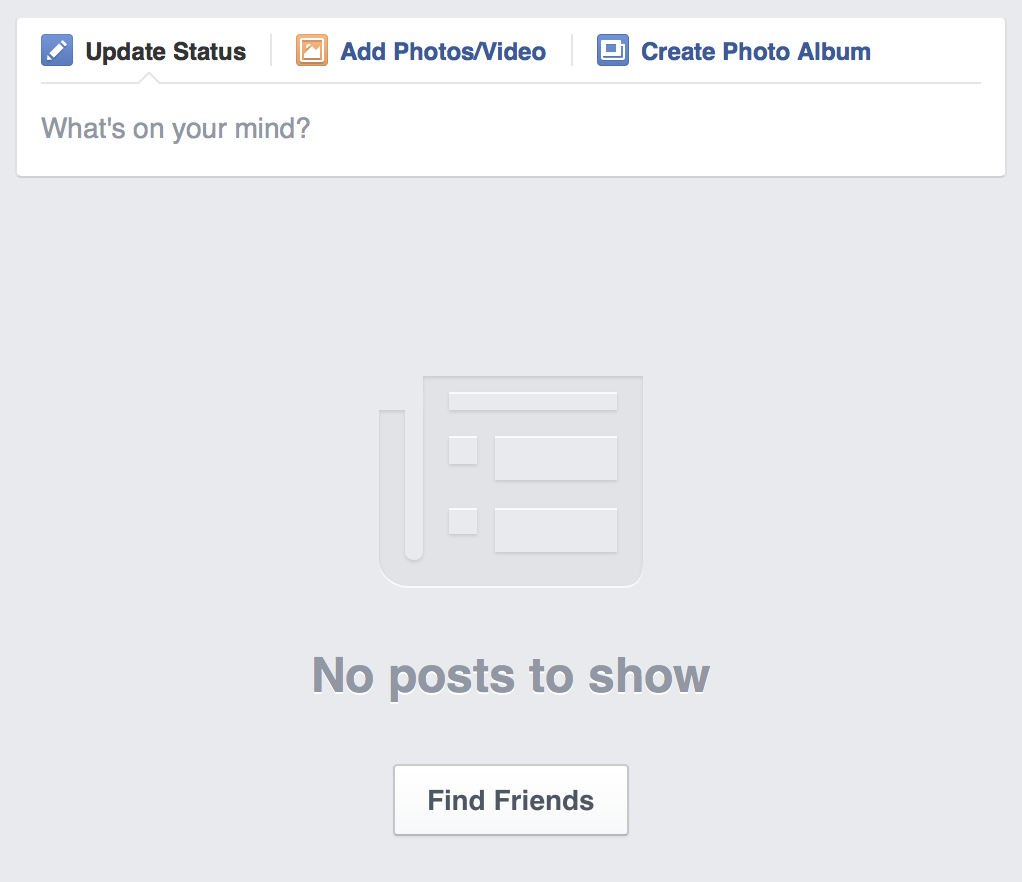 The obvious question is “Why don’t you just delete your account?”. Well, since 99% of my friends are on there, I can still chat with them directly and organise events with them, and Facebook is a decent tool for that.

I’m hoping that not receiving a constant stream of tiny snippets will make me think “I wonder what x is up to these days?” sometimes, ending up contacting that person “properly” via some sort of two-way direct chat (IM/phone/whatever). I haven’t spoken to some of these people for over a year, but Facebook has tricked me into thinking that we’re in contact because I see their face on a timeline once in a while, and they see my face in theirs.

Somehow, a social network has made me an unsocial friend.