In the past year (or two?), it would seem I’ve gotten all growed up and moved into my own house, settled into a jobs that’s only slightly less stressful than teaching 5-year-olds and even got one of those long term girlfriend things you read about in the magazines.

How odd, then, that the things I’ve long since left in the realms of being a dumb kid now seem to fill my wants more than ever. Sure, there’s the normal adult desires of wanting to sleep on a bed of money while my terribly good looking wife bakes cakes for breakfast, but since I’m in the perhaps unusual position of being comfortable with my earnings (especially just 6 months out of University) they’re not at the front of my mind.

Now I think about it, it’s not odd at all. There always seems to be a yearning for what used to be as we look back with rosy-tinted glasses, remembering (perhaps wrongly) how things were simpler, cheaper and more fun.

Since I’m fairly young, my memories go back to early childhood, when I had a train set and an awesome dog. And, obviously, for the past year I’ve not been able to walk past a model shop or proper dog1 without stopping and gazing longingly at them.

So, what to do? I’ve decided that since they’re both expensive, I can have one or the other.

Childhood memory 1 is thundering down a lane/field/river/etc closely pursued, then underneath, either Bosun (our black Labrador) or more recently Sam, our faster-than-God Collie cross. 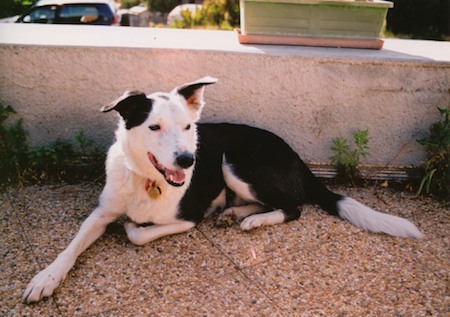 Now, dogs are quite alive, thus needing constant care and attention. Something I’m able to give morning and night, but not during the day. While I could get someone to walk it during the day, I still think I’m at work far too much to be able to keep a dog - especially a big one - in my home. Even though I’d put up posters around the area much like the following, I can’t justify owning a dog right now. 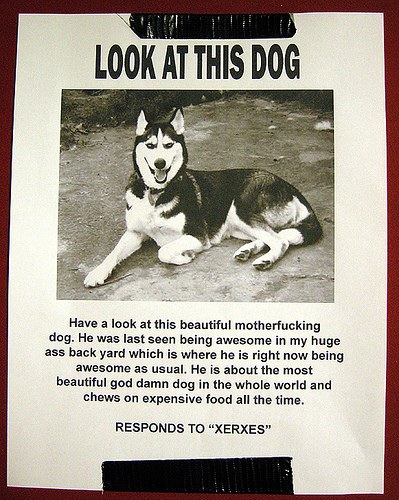 Childhood memory 2 is being in my bedroom, past bedtime. I’d received an Intercity 225 train set for Christmas, which was now set up on a 6’x4’ board on my bedroom floor. Dad was telling me not to play with my trains after bedtime, and that they could tell because the motors in them interfered with the TV.

“Aha!” I thought, “I’ll just push them around!” Being pleased at being such a boy genius, it of course hadn’t occurred to me that 16 pairs of metal wheels rolling around on metal track (and the resulting carnage of the train leaving the track after being pushed too fast) made a hell of a racket and I was once again scolded for my persistence. I finally got the better of those pesky parents by pushing a single carriage around slowly. That was boring, so I went to bed.

While I’m well aware that most adult model railway owners look very much like this: 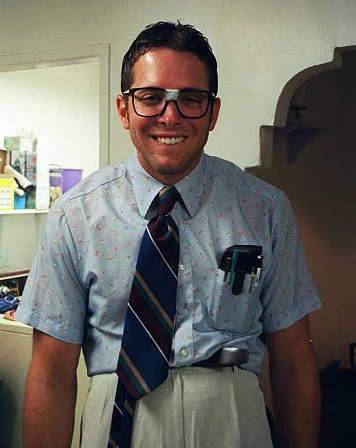 I think building a large model railway is something that can be engaging and rewarding, while a train set is what kids play with. See attached diagram: 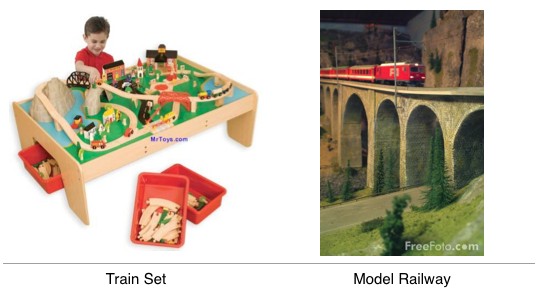 I’ll be doing the one on the right. My prior experience into this is recently getting into R/C cars. I’ve build a few of them and painted many vehicle bodies - including one that looks very much like my RX-8. 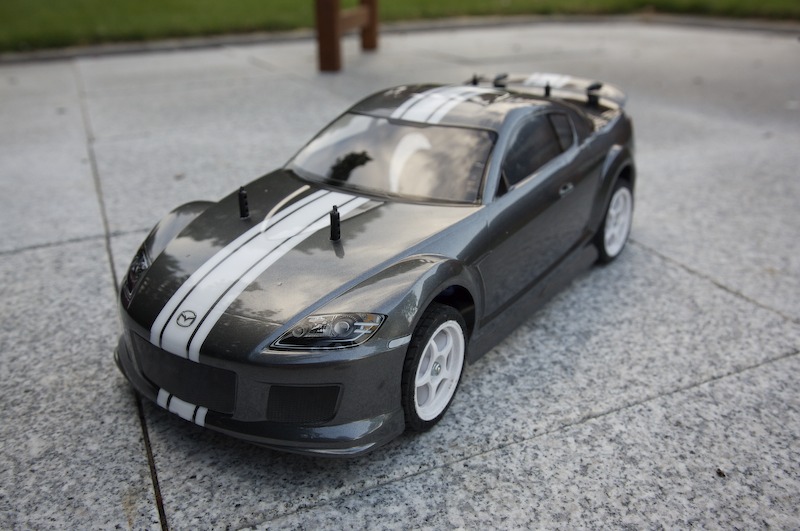 If you look at the expense on its own, the cost of making models is quite high. However, the enjoyment gained from building and tuning them makes it well worth it. And it’s not like this railway would be a small project - hopefully I’ll be building a large layout around the outside of my loft.

Well, that’s it. I’ve decided that to fill my spare time and stop my savings accounts filling up with that darned money, I’ll be investing my time into one of those - most probably the railway.