On Tuesday, 11th April I went on a track evening at Brands Hatch. When we got there, it was hammering it down with rain, but we went out anyway! After a briefing, the rest of the event was “open pit lane”, which means you’re free to use the circuit and pit lanes as you wish - we found a free garage and used it as a base for the evening. 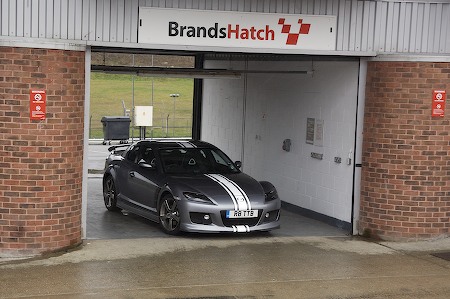 After that, I went out for 20 minutes tuition with a race instructor. It was well worth the £20 it cost, especially since it was raining! He gave me several tips to improve my track driving, but the best one was for my steering technique - he taught me to let out the steering much sooner as I was doing and to apply a bit of power to get the car around the corner. It was very difficult to do at first since my habits made me think I was going to run off the track, but I soon gained confidence and was coming out of corners much faster and more stable. 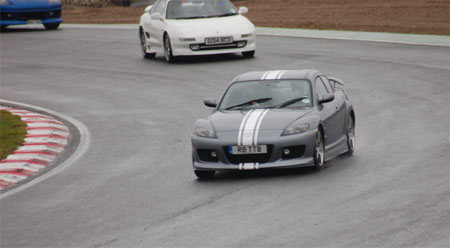 I caused a traffic jam!

Once the training was over, I took to the circuit for real. I did a few laps with Stuart in the car, slowly increasing my speed as my confidence grew. 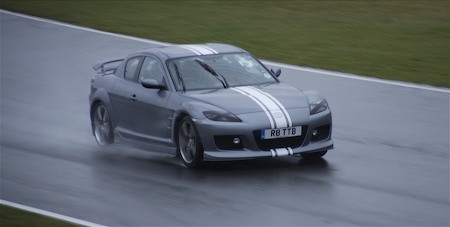 They recommended you tape up your headlights, but I also think it looks pretty cool! 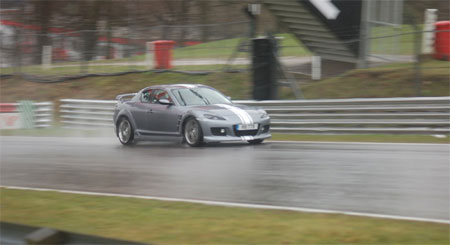 I brought my video camera and telemetry logger along with me, and got some great footage. Here’s a screenshot from the video, showing how wet it really was! 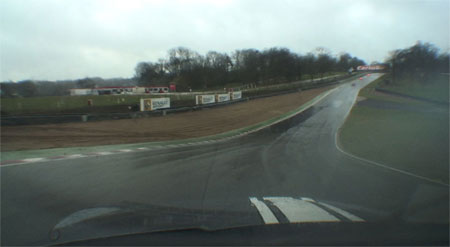 I made a quick video of a lap and a half of the track, from inside and outside the car. Enjoy! 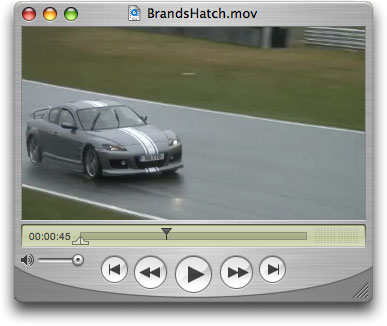 Stuart also drove a few laps of the track in my car, after I’d done messing with the video camera. The marshals said that I could have my passenger or the video camera in the car, which is fair enough. He did some good laps, and was just as hesitant about letting the steering out early as I was! 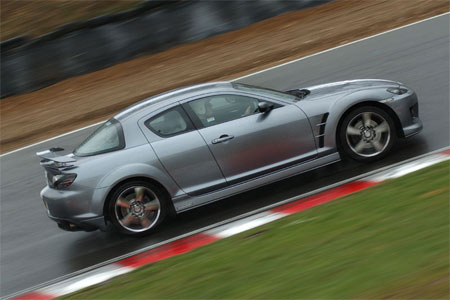 And there goes another track day. At first I was dreading going out in such awful conditions, but a few laps in I gained my confidence and now I’m glad I didn’t bottle out - it was amazing fun and it’s done my confidence with the car in the wet wonders - I was expecting to be sliding all over the place, but it gripped wonderfully and I didn’t see the traction control light once. A few cars weren’t so lucky, though. An MR2 span out within the first couple of laps (before I even had a chance to go out!), and an RX-7 followed shortly after. Neither of them actually hit anything, but the MR2 went into the gravel pit pretty quickly and had to have gravel scooped out of it’s brakes and undertray.

The British version of the clichéd "driving off into the sunset" shot.