I’ve been in to photography since my Dad (who was a journalist) gave me his Olympus OM-1 SLR when I was a kid, which was released in 1972 and was entirely manual — the battery was optional and only powered the light meter. When I hit 19 or so, I got a part-time job at the now-defunct Jessops camera store, and enjoyed my first income stream and a staff discount, which accelerated my photography interest quite a bit. My next camera was the EOS 3000N, a more modern film SLR. After that, I went digital with the EOS 300D, then an original 5D, then a 7D and after a brief stint with a 60D, I’ve landed with the wonderful EOS 6D.

Now, I’m not actually going to review the camera per se — there are lots of photography review websites far more qualified to do that than me. However, I do absolutely adore this thing — its image quality is superb and it’s beautifully light and easy to carry around. The incredible silent drive mode combined with the amazingly tiny 40mm f/2.8 STM pancake lens allows me to wander around the city and take photos without a bunch of people staring at me — I feel discreet with this setup, which is something I haven’t felt in years. However, this camera is the first SLR I’ve purchased that has a built-in shelf life on some of its features, which makes me slightly uncomfortable.

The March of Technology

Let me give you an example. I’ve been fortunate enough to own several different cars so far in my life, and by far my favourite is the Mazda RX-8. The RX-8 is designed to be a mechanically brilliant car, and excels in this area — you can hurl it around the track like a madman and it’ll just lap it up and egg you on. When you’re driving, it’s all mechanical — a stubby gearstick sticks up directly from the gearbox, the steering has a very direct connection to the road, and on the dashboard you have a thing that tells you how fast the engine is going, another thing that tells you how fast the car is going, and not much else. Underneath this is an incredible amount of computing power trying to make sure I don’t slam face-first into the nearest wall — computers making sure the engine is mixing fuel correctly, computers to make sure the car goes in the direction I tell it to, and so on. However, back in the cockpit all you’re doing is giggling wildly as this glorious heap of metal seems to defy the laws of physics as it propels you around the twisty piece of Tarmac that is whatever racetrack you’re on, and there’s absolutely no indication in the car that there’s all this computing going on behind the scenes unless something goes wrong.

And that’s the way it should be.

Isn’t this supposed to be about a camera?

So, how is this relevant to the EOS 6D? Well, to me, cameras are like cars (and washing machines, toasters, fridges, etc) — they’re appliances designed to do a certain job. Your relationship with them is physical, and all of the control is done through the manipulation of buttons, switches and levers, not touch-screens or keyboards and mice. Sure, they’re computers on the inside, but if I’m conscious of that then something has gone wrong somewhere. 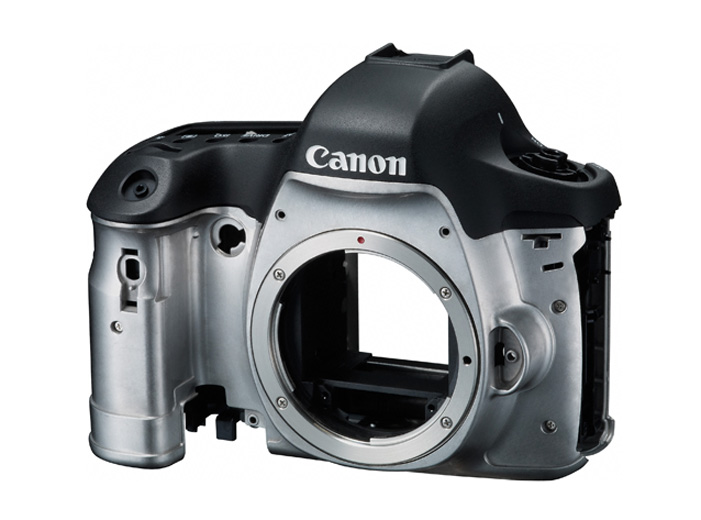 This is a physical device which I use to make photographs. Sure, it has a computer inside it, but that’s a detail you don’t care about — the specifications talk about the image quality and how well the camera stands up to rain, not gigahertz and RAM. In ten years, I should still be able to use it to take pictures and as long as I can get them out of the camera and into my computer, I’m set. The computing technology in this thing has one job — to help the user create the best photos they can.

It makes me slightly uncomfortable to switch on my camera to see this: I’m not actually 100% sure why this feature irks me so much. The WiFi feature of the camera is incredibly useful — I can connect it to my computer or phone and shoot and preview shots wirelessly. However, seeing Facebook and Twitter icons on this thing crosses the line from an appliance to a computer. Before, my camera longevity concerns were all physical — how long will the shutter last? What happens if I get it wet? What if I drop it?

Now, I get to think about stuff other than my camera when thinking about my camera. Twitter are notorious about being strict with their API — what if it changes or goes away? What if Facebook goes the way of every other social network before it? That’s fine on a “big” computer — I’m already conditioned to have to update and change the software set on it, but my camera? It’s a metal box with buttons and switches on it, and I shouldn’t have to deal with “computer crap” like this.

Well, the EOS 6D is a great camera and you should all go buy one. However, seeing features like Facebook and Twitter integration in it make me worry about a future filled with appliances whose feature sets have shelf lives. It’s not just this camera, though — the whole industry is going this way, even cars. The Tesla Model S has Google Maps built right into the dashboard, for example.

My Olympus OM-1 is still exactly as functional as it was when it came out forty years ago. Will I be able to say that about my 6D forty years from now? How about if I bought a Model S? It seems that as technology advances, previously immutable appliances like cameras and cars are getting caught in the net of rapidly obsoleting technology.

Then again, maybe I’m just getting old. My first camera didn’t even require a battery, so obviously my idea of what a camera should be is biased towards a mechanical interface, and memories of mechanical cameras are going the way those of the floppy disk are.