These days, when you talk about GPS people tend to think of the TomTom type of GPS unit that takes your car to the right place. However, GPS can be used to have fun, too.

I’ve had a basic GPS unit on my mountain bike for a while - a Garmin Foretrex 201. It’s a fairly basic black and white unit that I used mainly as a trip computer to keep track of how far I’d gone, etc. It doesn’t have any maps, but does plot where you’ve been so once you’ve gone to some places and added waypoints, it’s useful for getting around. 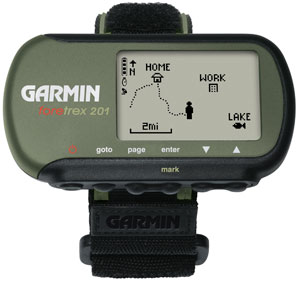 However, what it isn’t very good for is exploring new places. Recently, my girlfriend got a new bike and we found a massive area of… land to explore, full of lakes and canals and forests and things - and, more importantly, paths that criss-cross the whole area. The first time we went out, I noted on Google maps where we’d enter the area and where we wanted to go - North East-ish until we hit the canal. The ride was fun, but we had to pretty much stick to going NE and didn’t really know how far it was to the canal.

During that week, I invested in a new GPS unit - the Garmin Colorado 300, along with a bike mount and detail topographical maps of Britain. The unit is designed for offroad persuits, and while you can load road maps onto it and use it for road navigation, you can get better units for that for less money. What this unit excels at is offroad persuits.

The unit is much larger than my old one, but actually mounts onto my bike even better than the small one did - tucking into the stem with only minor relocation of my light ((My light used to be in the same place, but standing on top of the handlebars)), the area least likely to be attacked by trees and rocks when I’m going through tight spaces or falling off (both of which happen regularly!): 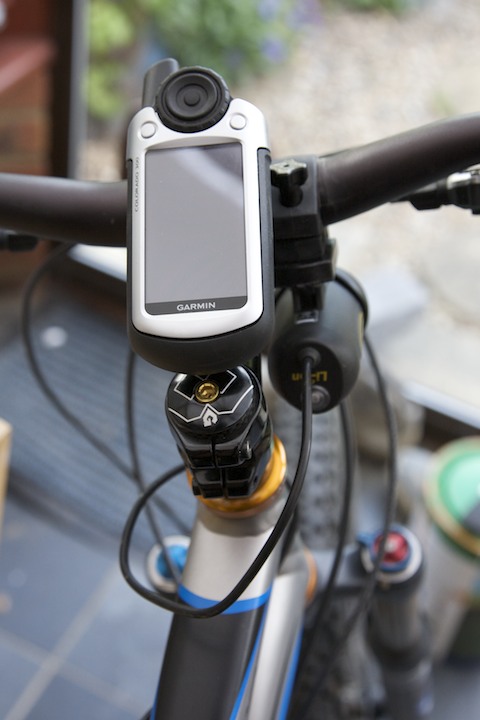 On the trail, the unit is amazing. As you can see from the screenshots below, you can zoom right in and view the landscape detail all around you, including trails and paths. The black route on the shots is the route we took: 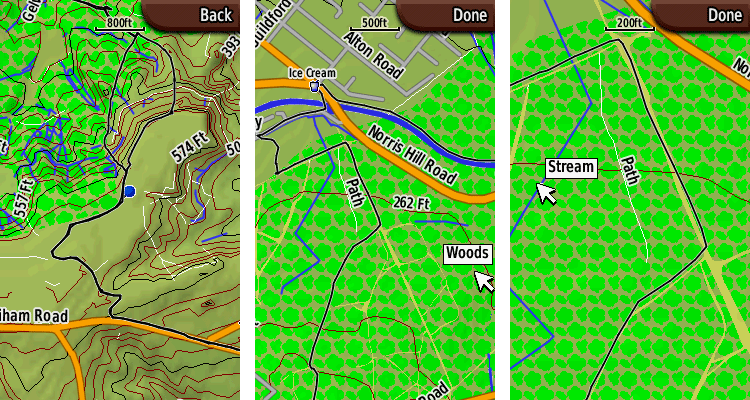 This information while you’re out and about is simply wonderful - especially in new places. We had lots more fun out with this unit than before - in that area of countryside, we found a horse racing track, a small hill with a tower on top where you could watch jet planes land onto the nearby airstrip and some great biking trails.

Finally, of interest, the unit also supports Geocaching, which looks like a great new activity to get in to!