Don’t care about programming and just want to see some pretty photos of colourful trees? Check out Autumn From The Air on my new photos subsite. Enjoy!

A few months ago, I bought a drone with the idea of expanding the horizons of my photography hobby a little. I even had a dream photograph in mind - a rolling shot of my car driving along a mountain road. A few weeks later, I was standing on the side of a mountain road in the Alps, trying to take pictures of my car as my wife drove it up and down a section of mountain road.

As it turns out, taking a long exposure of moving object A with moving camera B while standing in stationary position C is incredibly difficult. Over a couple of sessions I took hundreds of photographs, and got four that I’m happy with. 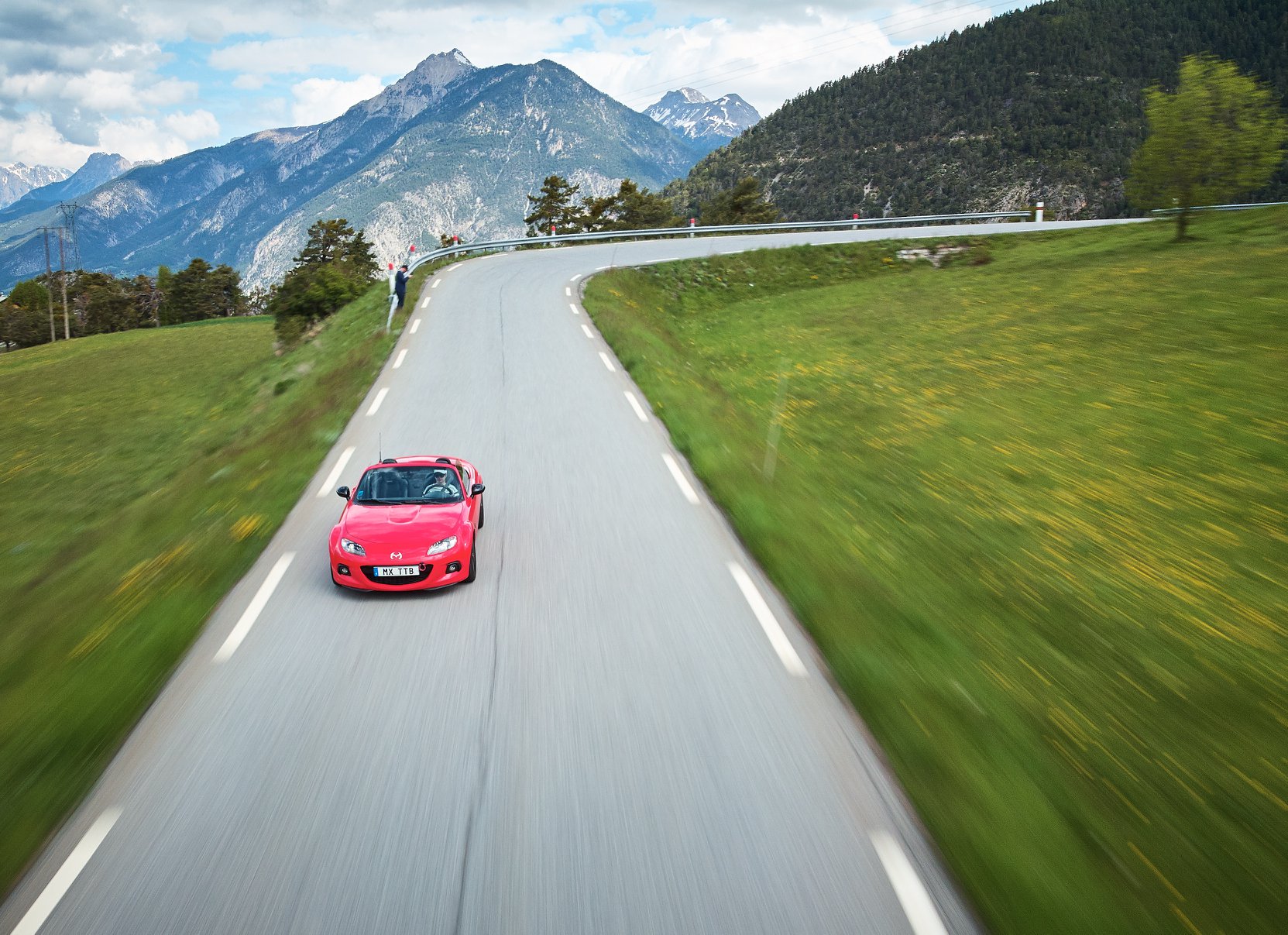 This photograph took many, many tries to get. 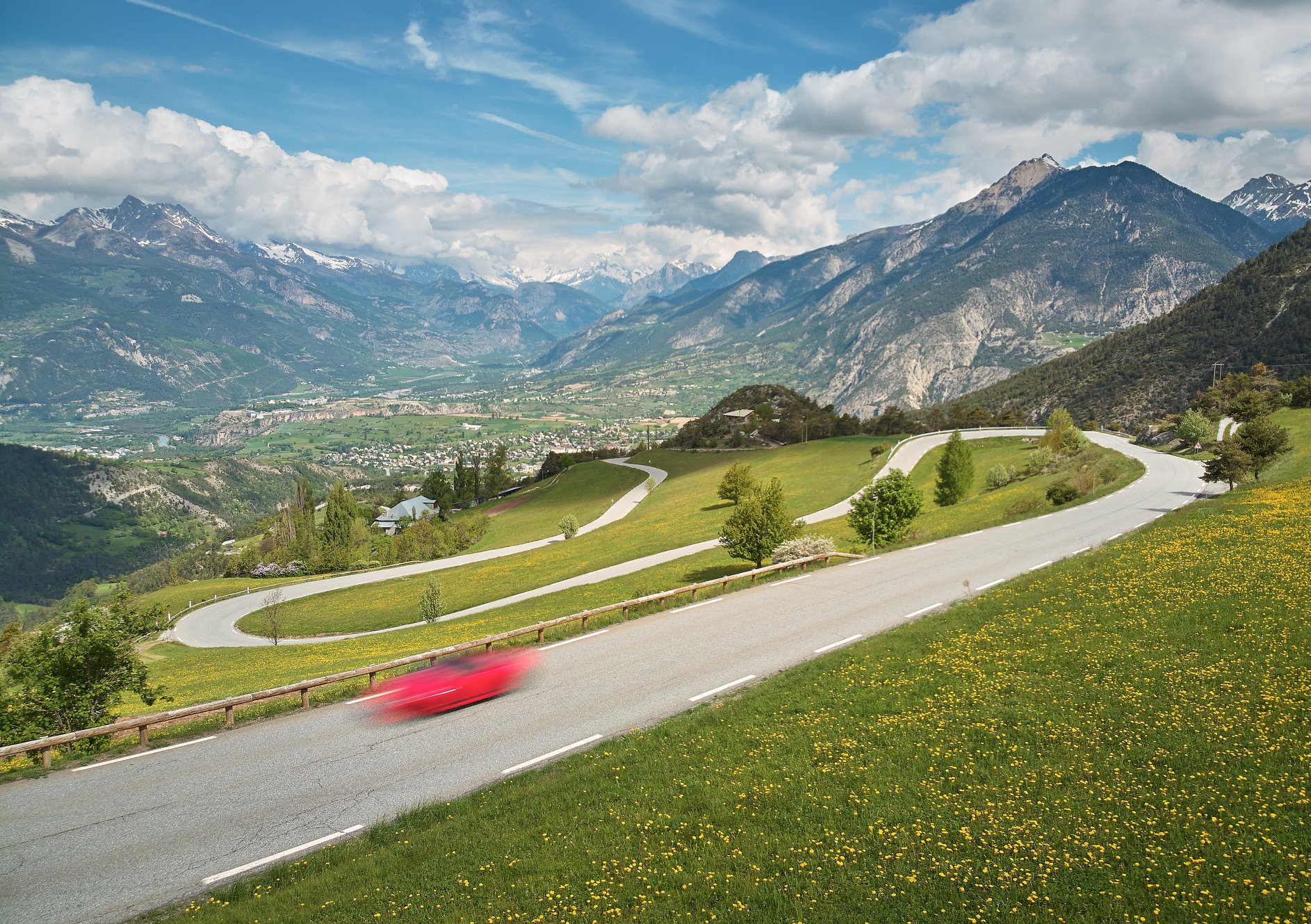 This photograph did not.

This was amazing! I have a flying camera! It’s basically an infinitely adjustable tripod! I can even take rolling shots like this without hanging out of the back of a car!!

Excited about the possibilities of this magic new camera, I came home and started learning and experimenting, having a lot of fun in the process. However, here in Sweden the laws surrounding aerial photography are very strict — you’re not allowed to publish any aerial photographs without approval from Lantmäteriet, a Swedish agency dealing with land and property.

There’s a valid discussion on how sensible this law is for private drone usage, since it’s a law written in mind for imagery taken with planes and helicopters. Still, the law’s the law, and I had a great set of autumn photos I wanted to share. Lantmäteriet has an online form for this, which requires each image’s location, street address, and property allocation (which is looked up on Lantmäteriet’s own map).

This submission process is, quite frankly, a massive pain in the ass. It took me 45 minutes to build the submission for 24 photos - manually pasting the coordinate into Maps, doing an address lookup, then going to the Lantmäteriet map to perform the other lookup there, scrolling and clicking around the map because you can’t give it WGS841 coordinates.

I finished my submission, then immediately got to work automating this, because screw doing that again.

The most complicated part of the process is converting the WGS84 coordinates in my images’ geotags into the SWEREF coordinate system that Lantmäteriet uses. It turns out that doing this well is hard, and I found some existing code to port over - it’s several hundred lines!

After a few evenings of hacking, my 45 minutes of manually looking up things on two different maps can be reduced to typing this into my terminal:

…then waiting 30 seconds while it does its magic. Lovely! Under the hood, it’s:

This is going to save a bunch of time for anyone that takes photos with a drone in Sweden, so I’ve made it open-source - you can find it here: lantmateriet-lookup on GitHub.

…I Was Promised Autumn Photos?

While I was faffing about with all of this, Lantmäteriet approved my original submission. Hooray! 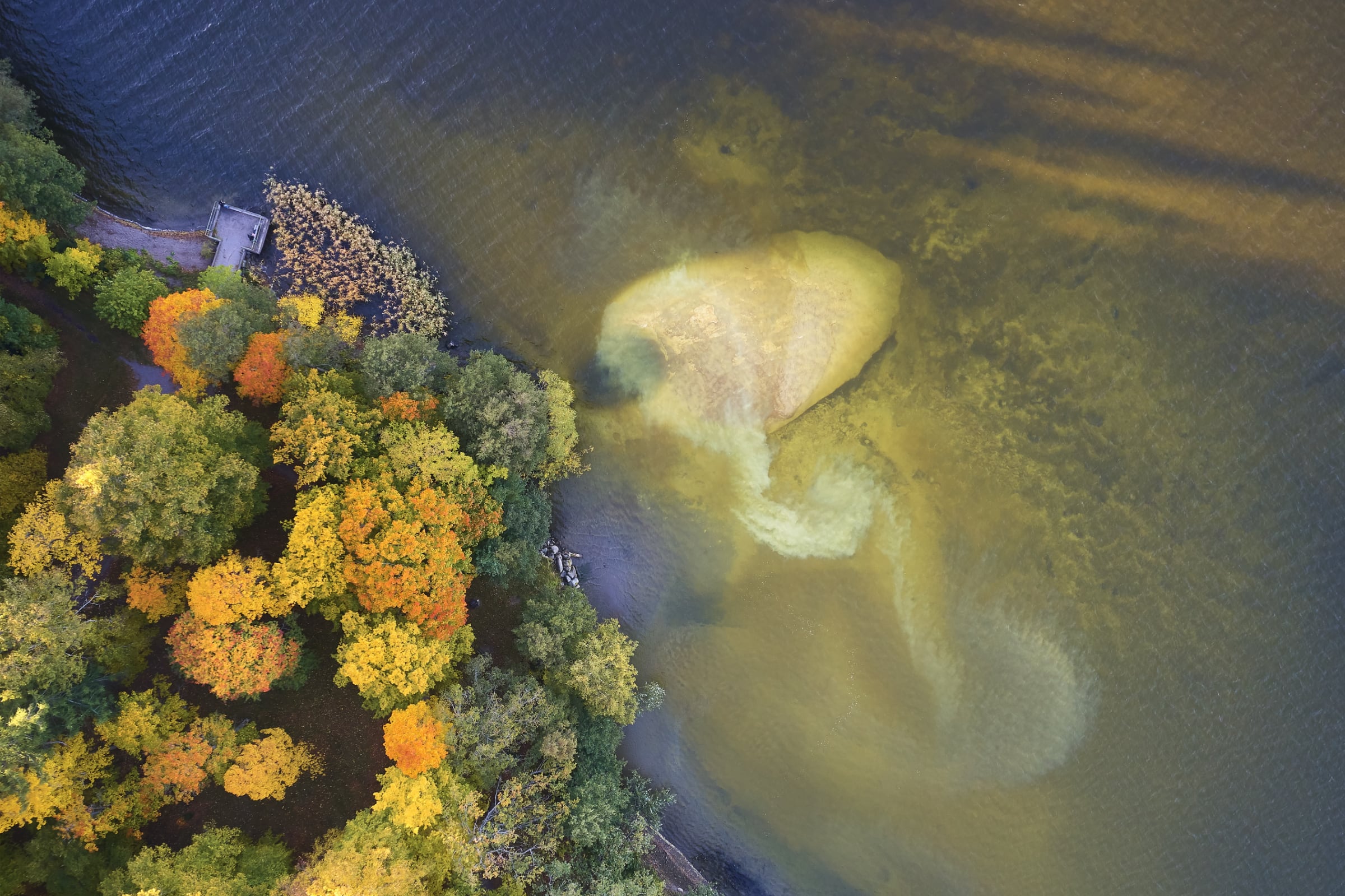 The slow currents of Mälaren disturb mud around an underwater rock.

I put together a photo story of my favourite aerial photos of the area around where I live, which you can find over on my new photos subsite: Autumn From The Air. Enjoy!