Nearly ten years ago, I founded KennettNet Software Limited. It was a small software company that came into being after a couple of years of making Mac OS X software on my own led to an income that was enough to support me full-time. Ostensibly, the company was successful — it had four employees at its peak, and its failure was, at its core, due to my being a poor businessman.

This was at a simpler time, when making applications for Apple platforms was a niche thing to do. The iPhone was non-existent, and mentions of Apple in the press were almost always accompanied with the word “beleaguered” right there in the headline. You could make a living writing Mac applications, but there was no gold rush — and, more importantly, no rush to the bottom either.

When I shut the company down in early 2012, it was still earning enough to support me if I went it alone with a clean slate. Unfortunately, the sum of the company’s liabilities and my own debts far out-shadowed the company’s income, so it had to go. It was a bittersweet moment — it was sad to shut my company down, but it released a lot from my shoulders and I was able to repay all of my debts over the next couple of years.

Now it’s almost 2015 and I have that clean slate, and all I want to do is try again at indie development — it’s in the fibre of my being. Despite the latter years of KennettNet being nothing but pain, I still remember the whole experience as one of the best times of my life.

I’ve been trying to fight it for over a year — after all, I have a steady income from a great company that’s been more than accommodating in letting me work on projects that are rewarding to work on (I got to go to Cupertino and work inside Apple for a couple of days on a then top-secret project — how cool is that?). From all logical points of view, it’d be crazy to even think about leaving.

Times have changed. It’s hard to do things the “old way” — that is, to make an app, sell it for money and be able to put a roof over your head, and there’s been plenty of documentation of this fact recently.

I could try the “new way”, of course. We’re still (just about) in the gold rush phase of iOS development. I could half-implement an idea then convince a VC company to give me millions of dollars to finish it. I could then hire some people and spend the next six months trying to figure out how to make those millions of dollars back, pivoting several times until the product we’re working on no longer resembles the original vision and so scared to charge customers money that we never exit beta and end up with an ad-riddled service that nobody likes.

The “new way” isn’t my style, as you can probably tell from the bitterness of the above paragraph. It just isn’t. It works for some people, and more power to them. However, I’ve spent enough time in the Silicon Valley bubble — or at least at the edge of it looking in — watching companies solve problems for wealthy, middle-class white people living in suburbia to turn me off that area of the industry for life.

I’ve been working on a side project for over a year and a half now, and you know what? At some point it went from a hacky side project to a genuinely useful app that’s just not ready for prime-time yet. It’s time to throw caution to the wind — in a careful and well-planned manner, of course. March 12th, 2015 will be my last day at Spotify for a little over six months, in which time I’ll be working on my app full time in an effort to release it the “old way” — I’ll charge money for it in an attempt to earn a living. It’ll no longer be a side project, it’ll be my full-time work, funded by my savings account.

Why the 12th? Well, on March 13th, my first day off, I’ll hop on a plane and fly over to the UK to attend NSConference — a community-focused event that always inspires me. It’s a fitting start to an exciting time, I feel.

This decision hasn’t come lightly. I’ve been fighting it for over a year, but I recently realised that if I don’t do it now while the opportunity is available, I’ll regret it for the rest of my life. 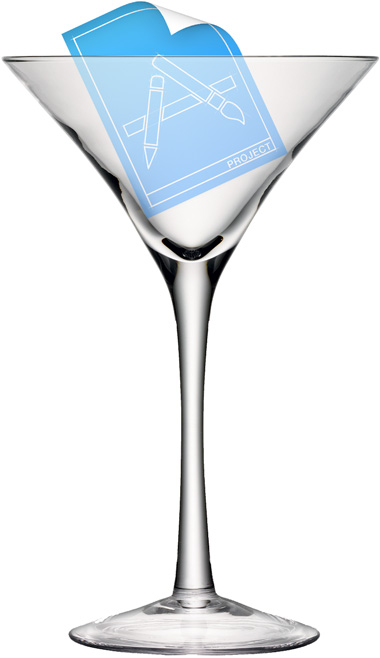 So, what’s Secret Diary of a Side Project? In the coming weeks and months as we approach March 12th, I’ll post a series of articles on this blog discussing the project — the disciplines I’ve used to keep it moving forwards, the lessons I’ve learned along the way, and other various tidbits about making an app as a “spare-time” indie developer.

In all likelihood, all I’ll achieve is proving Brent, Marco, Gus and a number of other developers correct in their assertions that you can’t make good money as an Indie developer on the App Store these days. However, I’m going to have a lot of fun doing so and you, dear reader, get to come along for the ride.

I’m really, really excited about this. The project is in an area I’m passionate about (photography) and at the very least, I’ll get to make an app I’m proud of. I’m also looking forward to re-engaging with the Cocoa development community — something I’ve not been able to keep up with as much as I’d like with a corporate job.

As always, feel free to keep in touch with me via @iKenndac on Twitter.