… as in a watch for geeks, rather than watching geeks.

When you’re doing geeky things or actually something useful (read: work), you’re far too busy to be worried about whether your watch is right or not. However, being a geek, your watch must be absolutely correct, to the second.

The answer? Well, a watch that sets itself. Duh. 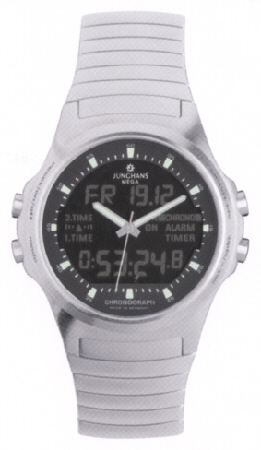 Every day, this thing sets itself using a time signal sent out from an atomic clock somewhere in Frankfurt. This clock is accurate to the point where it’s expected to deviate only ±1 second in a million years. Which is alright, I suppose.

When daylight savings comes along, it changes automatically. When you’re going around Europe, you just tell it where you are and it’ll change accordingly.