iPhoneTracker came out today, and it’s a bit shocking to find out my location is being stored on my device. Indeed, my data goes back until the day I bought by phone in July 2010.

For a moment, I was very unnerved. I don’t like the idea of my location being stored in that much detail for so long. However, after actually looking at my data (I know, right?) I’m not so outraged, but it’s still pretty bad!

My conclusions based on cursory observation

A theory on wildly inaccurate results

Figure 2, below, shows locations in Sweden I’ve never been anywhere near in my life - mainly the ones down the west coast and southeast coast away from the big clumps.

I once visited a hotel with free WiFi. My iPad, only having WiFi to base its location on, put my position smack on a Travelodge hundreds of mies away. Turns out the base station used was moved from that Travelodge and the location never updated.

I wonder if the same happens here? It doesn’t seem implausible that cell towers are moved around without having their location updated in the relevant database.

Location data is an incredibly personal thing. Coupled with a timestamp, you can infer all sorts of things about a person, and there have been several projects that can predict the location of a person based on historical location information like this. That they seem to be collecting cell tower data as opposed to your own location makes this less bad, but Apple really need to make it crystal clear to users that they’re storing this information in cleartext all the time they’re using their phones.

I’m not against the collection of this data at all. I understand that this sort of data is recorded all the time, either on the handset in question or by the networks themselves. My beef is that this data is being saved, seemingly permanently, unencrypted and in plain view for anyone to see, without telling me. It may well be buried in the license agreement nobody reads through, but that’s not really an excuse.

Interesting parts of my location history 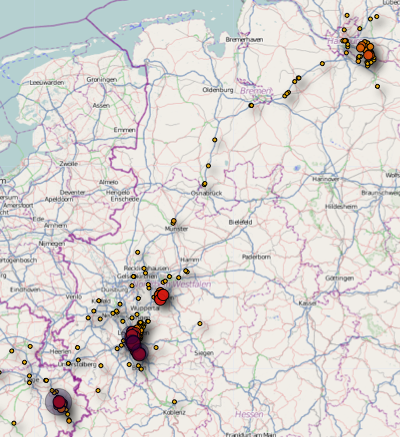 Figure 1: Driving through Germany. We stayed overnight down near Belgium, then drove through Germany the next day before arriving near Hamburg for another overnight stop. I had Data Roaming switched on for a while at our stopovers, and occasionally switched it on throughout the drive to check Twitter. 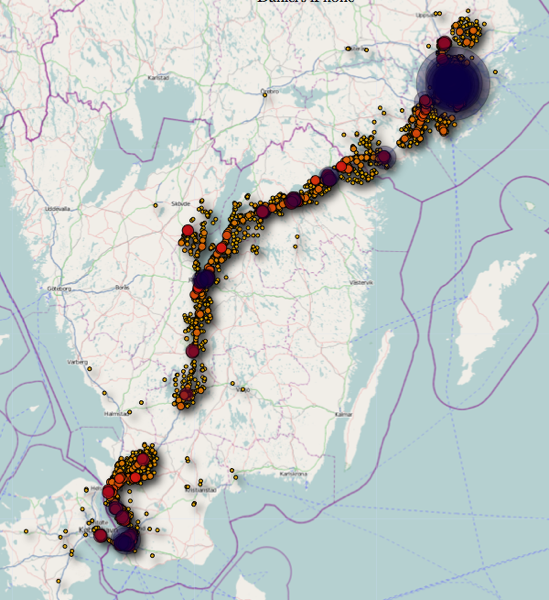 Figure 2: Driving through Sweden. My data is on permanently in Sweden, of course, so the are a lot more cell towers here. There’s a very interesting hole in the data towards the South, which isn’t a one-time thing — this data was collected over three separate trips through the country: one in August 2010, the other two in March 2011. 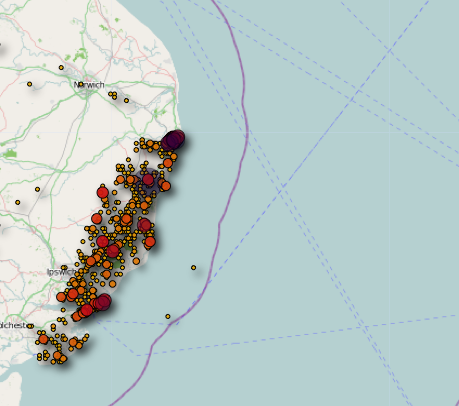 Figure 3: Sailing past England. This data is from two separate trips, both in March 2011, on a ferry from Denmark to the UK. The ferry sailed along the British coast before heading over the North Sea to Denmark.